The global scientific community has long led the world in public health research, environmental sciences, and other issues that impact quality of life. Scientists have produced in-depth studies on the dangers of pesticides, tobacco smoke, acid rain and global warming. At the same time, a small but powerful group of people, guided by personal interests, pushes the world into the reckless and wicked denial of these dangers.

From a certain politician who brings a snowball into parliament as ”irrefutable proof ” that global warming is not serious to the complete denial of the argument. Over the years, the strategies adopted by those who have an interest in maintaining ”business as usual” have changed and evolved in various situations but one thing is certain: if the climatic and ecological condition today is so serious, it is partly true, owes to the “inaction ” that is to those who hold positions of power or who have influence in the public sphere and for years have been corrupt and have agreed to deny and contort the science surrounding climate change and the extinction of mass, drawing huge profits to the detriment of the planet and its inhabitants. In this article, we will look together at the strategies and methods used by those who oppose positive change, in order to counter and reject their methods, beyond any form of doubt.

Where it all started …

71% of emissions are caused by just 100 companies (including ENI, ExxonMobil and Shell) yet the fossil industries took no responsibility. Instead, they waged a decades-long war to confuse the public, bribe politicians, blame individuals, and ultimately delay action. Like the last Japanese soldier still fighting WWII in the 1970s, the war on science could continue as long as there are fossil fuels to be mined and mercenaries to be hired. It is crucial to understand how the current assault on science has its roots in the more distant past.

In the early 1900s the effect that fossil fuels had on the climate was already known to the scientific community thanks, in part, to the contribution of the Nobel Prize for Chemistry Svante Arrhenius who with his publication, “The influence of carbonic acid in air on soil temperature”, successfully created a link between the warming of the atmosphere and the earth’s surface and the exponential increase of greenhouse gases, which, at the time, was already arousing many concerns but the phenomenon was not visible beyond the natural climatic variability. In practice, the effects of global warming had not yet manifested (not like today). 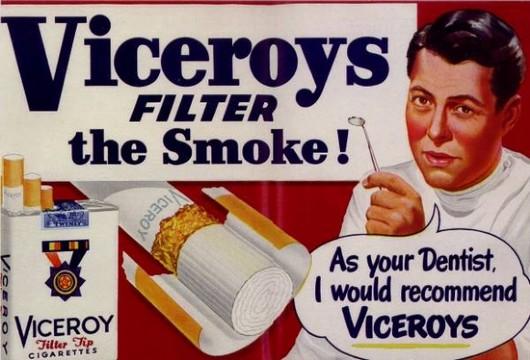 The war on science dates back more than half a century ago, when the tobacco industry found itself confronted with early scientific findings that even their own internal research could not discredit, the results putting the health dangers of smoking in the spotlight. Instead of taking steps to limit the death and suffering of the public, they decided to, as explained in David Michaels’ book ‘Doubt Is Their Product’, manipulate public opinion, questioning every study, method and rejecting all conclusions.

Does it sound familiar to you? It may be because such methods have been adopted and refined by the fossil fuel industry in order to confuse the public, corrupt politicians and delay action on their activities, a vicious circle that is costing us our only home. For decades, big polluters have funded advertising campaigns, founded propaganda groups, and hired scientists with impeccable records to attack the scientific breakthroughs that threaten their work.

The discussions advanced by those who profit from inaction, however, have not always been the same and have varied over time. We could even say that they have evolved with public awareness. Below we will analyze the strategies used by inactivists, be they politicians, scientists or individuals interested in maintaining the status quo.

Climate change is not real

This is the simplest and most effective statement that inactivists have adopted since the first decades of their activity. From years of observing and learning from the tobacco industries, fossil companies have learned that very often it is only necessary to insinuate doubt and uncertainty to divert the public. Statements like “It’s cold here”, “Temperatures were higher half a century ago”, “The glaciers are expanding”, “the climate is constantly changing” etc … have dominated the political scene for decades, ignoring not only the scientific consensus general but also the most elementary bases of physics and chemistry that tell us beyond any doubt that as greenhouse gases increase in the air, the temperature rises, triggering a sudden climate change which in turn pushes most animal and plant species towards extinction.

It is not us

When the situation starts to heat up (literally) the inactivists can not help but accept the existence of the problem and adopt another form of contradiction: we are not the cause of climate change but natural factors such as volcanoes, the sun or cosmic rays.

In fact, observed global warming has a very distinct human footprint on it. When scientists analyzed the type of carbon that accumulates in the atmosphere, they found that most of it is the same type as fossil fuels. Also, data from satellites show less heat escaping into space, at the particular wavelengths at which CO2 absorbs heat, so we wonder, where does the generated heat go? On the earth’s surface, simple. Further evidence that the pattern follows the general consensus of scientists is a warmer troposphere (where atmospheric phenomena occur, the layer closest to us) and a colder stratosphere contrary to what might be expected if the warming were due to the Sun.

One of the points brought up very often is precisely that the effects of the climate collapse bring benefits to humans such as increased crops and a better lifestyle. But what inactivists often forget to mention is that the costs of climate collapse in both human suffering and the economy far outweigh all possible positives. And so we often see phrases such as “CO2 is food for plants” or “warmer means more habitable and ice-free areas” emerge very often. Such discussions are grossly sinful of arbitrary selection or cherry picking for Anglo-Saxons. In practice, the bearers of these conceptions collect data in favor of their thesis and discard all those that are inconveniences. The unstoppable increase in temperatures kills plants, will make a large part of the planet uninhabitable and already endangers our food security by far exceeding any positive effect, if ever there was one.

It is too late to do anything

Witnessing the climatic devastation and mass extinction occurring right before our eyes every day is certainly not a trivial matter and it takes a moment to sink into climate anxiety. The henchmen of fossil fuels know this and also know how to exploit this completely human and understandable characteristic of ours. By insinuating that it is too late to do anything and any action we take is not enough to avert disaster, they ensure years and years of inaction, pushing our planet further into the abyss.
As tragic as the situation may seem, science tells us that we still have a few years to decarbonise the economy and stop the destruction of ecosystems and there is good reason to be cautiously optimistic. The consumption of renewable energy is growing, the protests and nonviolent actions are starting to work and the awareness of the masses is at levels that we could only imagine a few years ago.
Similarly, anything that instils doubt and divides a climate movement works in favour of those who profit from our collapse. Whether they are choices relating to food, methods of transport and lifestyle choices, the forces of inaction, very often insinuated into the highest levels of government, are more than happy to continue the debate and division indefinitely.

This brief but exhaustive summary will serve as a guiding light to make our way through continuous deceptions, detours and attempts at greenwashing, the latest example being the G20 in Naples.
We just have to spread this information far and wide and ensure that everyone is able to dismantle piece by piece the narrative carried out by those whose only concern is their wallets and have no intention of guaranteeing a liveable future for us. and to future generations.
Keeping in mind that the only possible salvation lies in us and in our power to inform ourselves, oppose propaganda and join the nonviolent rebellion.
Make a stand!

Cover illustration by Charl: she is a 29 years old Italian illustrator. After graduating in law, she rediscovers the thrill of holding a pencil. Since then she tries to draw whenever and wherever she can, always carrying with her scattered sheets which she then loses.
https://www.instagram.com/charl.art/

One response to “Denial, deviation, deception: the hoax of climate inactivists…”